There are plenty of dirty moves and tricks that you might have seen professional fighters do before, like holding the fence or a misplaced kick. But in this post, we're talking about the dirtiest of the dirtiest fights, so grabbing the fence or simply misplacing a punch isn’t going to cut it.

Let's get right down to it. Here are some of the dirtiest MMA fights of all time.

In 1995, Gerard Gordeau permanently blinded Nakai in one eye. While Nakia attempted a foot lock, Gordeau went in for an aggressive eye poke which left Nakai with an acute eye injury that eventually led to blindness. The eye poke was certainly intentional and Gordeau actually seemed to have zero remorse for Nakai's blindness.

In this case, playing dirty didn't work out for Gordeau. Despite having limited vision, Nakia went on to win the fight with a submission from Gordeau.

During a fight at UFC 47, Sims had Kyle in a hold and was trying to force a submission. To get out of the hold, Kyle bit down on Sims’ chest. After the fight, the camera zoomed in on Sims and a deep bite mark could be seen on his chest.

As Kyle was being confronted about the bite mark, he wasn’t remorseful in the slightest. In fact, Kyle made zero apologies for his behaviour and actually implied that Sims deserved the bite mark. After that, audible “boos” can be heard from the crowd.

Two dirty moves in one? Dirty Bob Schrijber knows a thing or two about getting his money’s worth! After the bell rang, Dirty Bob landed an illegal kick to the back of his opponent’s head.

MMA does have rules, and blows to the back of the head are not allowed. It's also illegal to continue to attack a downed opponent or continue the fight after the bell. Dirty Bob just couldn’t help himself. During the fight, Schrijber seems to step back, compose himself, and then go back in for another whack after the bell.

About 3 minutes into a good fight, Bryan Olsen went down. While on his knees, Mike Kyle landed an illegal kick into Olsen's head. Kyle continued to punch Olsen even after the fight was called, and had to be dragged away from Olsen by the referees. Strikes after the bell while being held back by a referee is not a good look. As you might guess, Mike Kyle was suspended after this fight due to his multiple illegal punches and kicks. 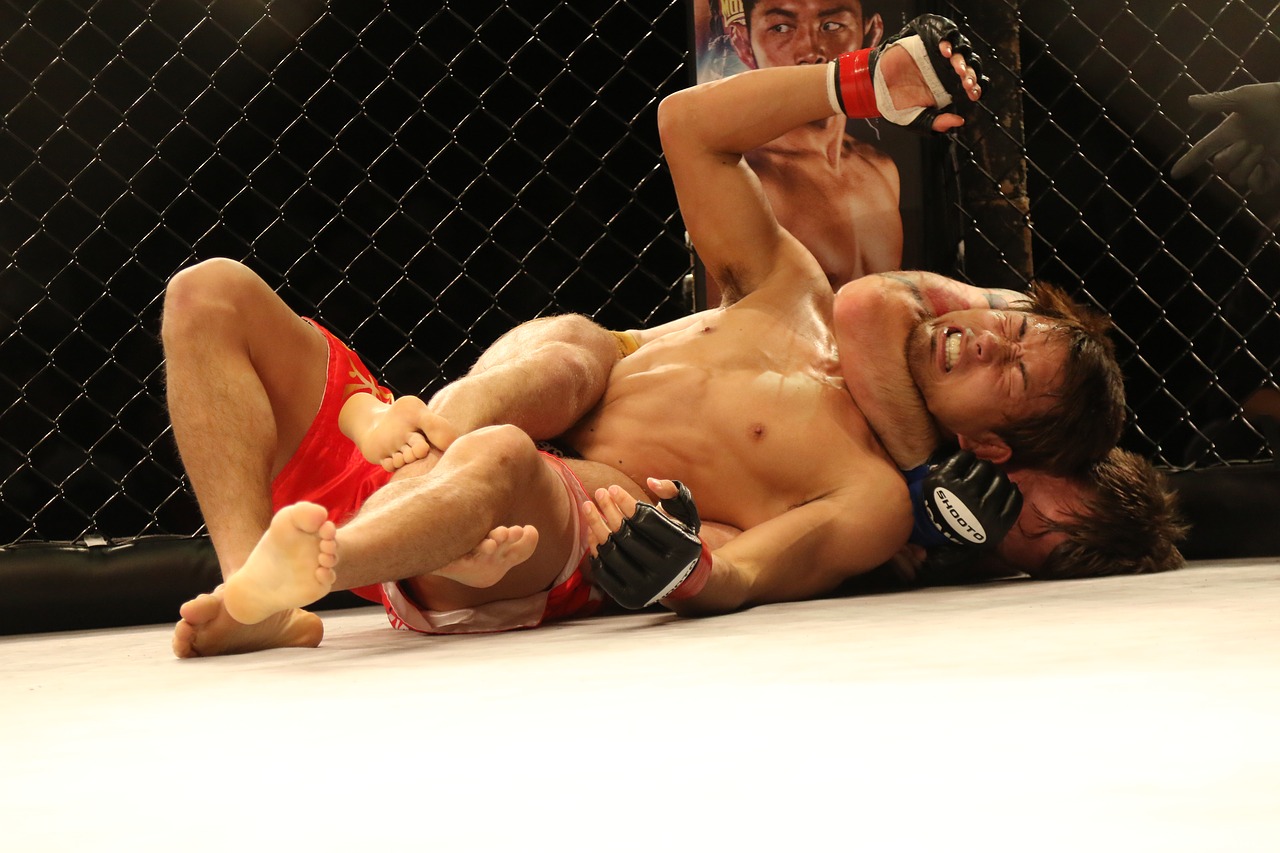 Not even the best groin protection could project Joe Son from Hackney's punches in this fight. At the start of the fight, Son attempted to subdue Hackney with a guillotine choke. Shortly after, Hackney took control and proceeded to...well, "hack" away at Son's groin (sorry - couldn't help it!). As seen in this video, Son is stuck in a hold while Hackney repeatedly punches Son's groin, but eventually manages to break free.

This happened in 1994 at the UFC 4, Revenge of the Warriors. During this fight, groin shots were legal, however, it was still considered to be a "dirty" move. At the time, people considered Hackney to be a dirty fighter. In recent years, the public disgust has actually turned to Joe Son.As of 2011, Son faces life in prison for torture which he is serving in a California prison.

At a TKO event in Canada, Gavrilovic fought Vallee. Gavrilovic knocked out Vallée, and Gavrilovic continued to hammer away at Vallée's face. After Gavrilovic landed a few solid hits, the referee finally pulled him off of Vallée's unconscious body.

In this video, you can see Gavrilovic land five or six punches to Vallée’s face before the referee intervenes. The outcome? Gavrilovic was disqualified for unsportsmanlike conduct and Vallée was declared the winner.

7. Gilbert Yyel Bites His Opponent & Knocks Out a Referee

Yvel has a long history of being a dirty fighter. From eye gouges to holding the fence, he’s not known for his sportsmanship. All the way back in 1998, Yvel knocked out his competitor but was disqualified when very prominent bite marks were found on his opponent.

Yvel’s behaviour isn’t just directed at other fighters. In 2004, Yvel actually knocked out a referee! Yvel became frustrated with the referee, so he took matters into his own hands...literally. With a powerful left hook by Yvel, the referee dropped to the canvas. As if that wasn’t enough, Yvel kicked the referee while he was down and scurrying to get away.

Can we really write this post without mentioning Jon Jones? We saved the best (or...dirtiest?) for last.

Love him or hate him, he's been considered the dirtiest fighter in MMA. Even with the dirty moves in his arsenal, he still has tons of fans due to his charismatic personality and an impressive W-L-D ratio of 25-1-0. His signature move is eye-gouging, which is currently illegal in MMA fights. He also tends to love striking his opponents with oblique kicks which some people consider a dirty move. Oblique kicks are not illegal, but they can dislocate knees and potentially end the careers of his opponents.

He’s had many controversial battles with fighters who’ve complained about his eye-gouging such as: Shogun Rua, Rampage Jackson, and Alexander Gustafsson (two times!).

Perhaps one of Jones’ worst eye-poking moments was in his fight against Glover Teixeira where Jones’ sticks out his hand to “block” an oncoming punch and his finger seems to disappear into Teixeira’s eye socket momentarily.

While the majority of fights end in mutual respect, others end in mutual disrespect. MMA is a violent sport. That’s why it’s important to have the proper gear and training in order to avoid injuries.

Do you have any fights to add to our list of the dirtiest MMA fights of all time?